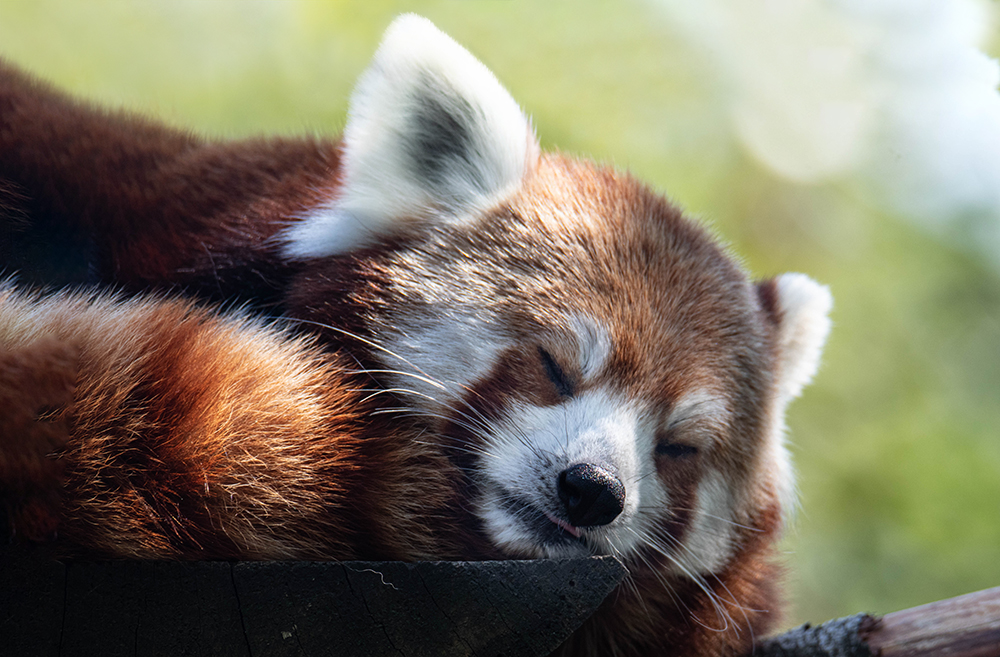 A blog with photos of the red or lesser panda. I might offend a lot of people if I say I think pandas are a bit boring. Both the big and the small. They have a high “cuteness-level”, but are usually curled up sleeping in the zoo. But not in Allwetterzoo in Münster. I’ve been lucky there several times with awake, active red pandas. They are of course also very cute and sweet to see!

It is not surprising that the red panda sleeps during the day. They are animals that are naturally active at night and in the morning and evening twilight. They are mainly herbivores. They eat a lot of bamboo, just like the giant panda. However, they are not related at all. The big panda is a bear. The red panda is not, they are closer to raccoons. They also eat fruits, larvae, eggs, mice, lizards and birds.

They naturally come from the eastern Himalayas and southwestern China. The red panda is an endangered species. This is caused by the felling of the forests in which they live. They are also hunted for their fur. Well, again it is us humans who make their life impossible. Such a pity!

Below I share photos I took this week and in 2021 in Allwetterzoo.

These photos were taken here: